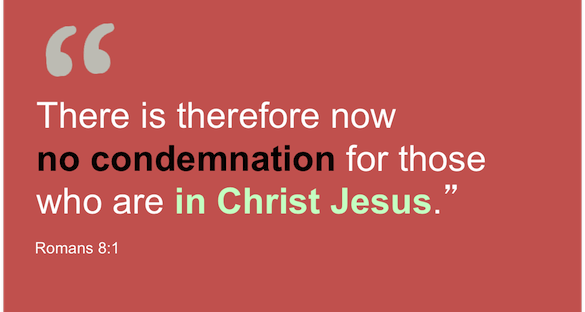 A Woman Caught in Adultery

Jesus returned to the Mount of Olives, but early the next morning he was back again at the Temple. A crowd soon gathered, and he sat down and taught them. As he was speaking, the teachers of religious law and the Pharisees brought a woman who had been caught in the act of adultery. They put her in front of the crowd. “Teacher,” they said to Jesus, “this woman was caught in the act of adultery. The law of Moses says to stone her. What do you say?” They were trying to trap him into saying something they could use against him, but Jesus stooped down and wrote in the dust with his finger. They kept demanding an answer, so he stood up again and said, “All right, but let the one who has never sinned throw the first stone!” Then he stooped down again and wrote in the dust. When the accusers heard this, they slipped away one by one, beginning with the oldest, until only Jesus was left in the middle of the crowd with the woman. Then Jesus stood up again and said to the woman, “Where are your accusers? Didn’t even one of them condemn you?” “No, Lord,” she said. And Jesus said, “Neither do I. Go and sin no more.” John 8:1-11 (NLT)

Hey Girl! I know its been a while. I’ve missed you. God has been working on me for sure. LOL! Anyway, its time for one of our talks. So, let’s get into it. Have you ever felt like you weren’t good enough? I have and that thought has been on repeat since I was a child. Sometimes it was people who told (or showed) me that I wasn’t good enough and sometimes it was something I told (or showed) myself. Recently I’ve struggled with that idea more than ever.

What led to this? I am so glad you asked. Well as you may know I’m an advocate for purity, more specifically saving yourself for marriage. I’ve written about it on numerous occasions and even had a whole series of blogs on it in 2018 called the “Sextember Series.” I have posted about it and even mentioned it in casual conversation. I was proud of it and we all know that pride comes before a fall (Proverbs 16:18). I was sincerely abstaining because I loved God and felt I had to make that change. It was all good as I kept my focus on God sidestepping several counterfeits that I knew weren’t the one for me. Then I met the one and yes, I know he’s the one because God told me so in a number of ways. Stay tuned for more details on how I knew he was the one in an upcoming post (God willing).

Well, around after about 2 years 2 months and 20 days of being abstinent. I failed. I fell into sin. I failed to keep my promise and commitment to myself and (most importantly) to God. Why did I fail? At this point, I realize that I failed because I neglected to put in place and enforce appropriate boundaries prior to committing sexual sin. Another reason or driver was fear. I had my first major surgery appointment scheduled for the next morning and I was afraid that I might not come out alive (no seriously). Girl it’s a lot to take in I know. At some point I may write more about it to help my sisters do better than I did and stay the coarse but right now God wants us to focus on something else.

I know what your saying….umm sis…. This is a whole lot not sure if we can divert so quickly. Well we are going to have to. After my fall, I had an increasingly difficult time repairing and restoring my relationship with God. I mean it’s taken me nearly a year to recover. I felt all types of ways. Like does this make me a hypocrite? Does this make me a liar? Does this make me another foolish woman who let her feelings lead her away from her God? Should I quit my blog and stop my ministry? And worst, all this time has it been true…am I just not good enough? It took me wayyyyyyyyyyyyyyyyyyyyy too long to come to my ultimate conclusion. None of the negativity I fed into carried any truth.

I am not a liar. I am not a hypocrite. I am not a foolish woman who let her feelings lead her away from God. I should not quit my blog, in fact God hasn’t given me permission to. I am good enough. In fact, I am ENOUGH. I am more than a conqueror through Jesus Christ who loves me. I realize the negative narrative that plagued my mind for so long was condemnation.

Condemn as defined by Merriam – Webster is to declare to be reprehensible, wrong, or evil usually after weighing evidence and without reservation.

Where does condemnation come from you ask? The enemy. He is a liar, in fact, he is the father of lies (John 8:44). This was a tactic used in my life to get me to shift my focus from God to myself. I began to dwell less on how GOOD God is and more on how bad I felt I was. I have seen this play out in the lives of many others apart of the Body of Christ.

We must remember to think about what we are thinking about. The mind is a battlefield and we must always walk with our helmet of truth (Ephesians 6:17). I, like the woman caught in adultery, may have made a mistake. However, that does not make me worthless just like it doesn’t make her an adulterer.

I know what you’re thinking…but Tiffany…. what will people say? What will people think? Listen, I’m doing my best and I don’t have to prove that to anybody. I know God has placed on my heart to testify. I don’t care what they think of me! God knows the truth. Since God first led me to start the Love JC Ministry we were “created to love you enough to not identify you by your sin because God calls you by your name”. When I wrote down the mission statement for this ministry, I had no idea that I would need the very love that I wanted to show to others.

Now back to business, yall getting me all emotional. LOL. Conviction as defined by H.E. Jacobs referenced in Bible Study Tools is to “convict …. in respect of righteousness, and of judgment” (John 16:8), refers to the conviction of the inadequacy and perversity of the ordinary, natural standards of righteousness and judgment, and the approval of those found in Christ, by the agency of the Holy Spirit, as the great interpreter and applier of the work of Christ.” A mouthful I know. But I want you to focus on the fact that conviction comes from the Holy Spirit. During the period after I initially fell into sin, I didn’t just hear the lies, but I heard the truth. I heard I am loved. I am beautiful. I am good enough. I heard my mistakes don’t define me, but I am required to change. I had to choose who to believe.

In choosing if we will believe the lies or the truth, we are ultimately choosing whose voice we will listen to. The Pharisees condemned the woman caught in adultery “the teachers of religious law and the Pharisees brought a woman who had been caught in the act of adultery. They put her in front of the crowd. “Teacher,” they said to Jesus, “this woman was caught in the act of adultery. The law of Moses says to stone her.” John 8:3-5 (NLT) Jesus convicted her “Then Jesus stood up again and said to the woman, “Where are your accusers? Didn’t even one of them condemn you?” “No, Lord,” she said. And Jesus said, “Neither do I. Go and sin no more.” John 8:10-11 (NLT) A great photo depiction by Trishas Creations to help you separate conviction and condemnation.

I want you to remember that conviction pulls you closer to God and condemnation pushes you further away from God. The key to being able to discern between the two and choose which voice to listen to is relationship. Your relationship with God makes a difference. Although I struggled to get back to where I needed to be in my relationship with God, it was ultimately my relationship with God that helped me choose which voice to listen to. By relationship I am referring to all that time I spent with God as well as my intentionality when it came to being with Him and living for Him. All these things (no matter how long it took) ultimately led me back into the arms of my #1 True Love, Jesus! I know that God led you here for a reason. You may have made a mistake and feel like you’re not good enough. You might be struggling with sin, bad habits, or old mindsets. Whatever the reason, God compelled me to tell you today that he loves you whether you are the prodigal son (Luke 15:11-32) or the woman caught in adultery (John 8:1-11) God wants you to come back home. Come back into the arms of the One that loves you and the only One that can truly heal you. The only One that can make you whole. Don’t take my word for it and don’t rely on the information I’ve shared here. Search the scriptures on conviction and condemnation there is so much more to be said. I’ll give you a head start, try Romans 8, the whole book. Get to the feet of Jesus and into the Word of God, I promise you will be amazed.

Worship: Take a listen to Lord You are Good by Todd Galberth and meditate on how GOOD God is!